Are you feeling the changes ushered in by 2014? Wow. Shifting attitudes, shifting climate, breakthroughs in medical science, technological advances, discoveries, mysteries. America's 2014 calendar was packed with events! Some people were pleased by new developments, some took to the streets in protest, others sat back and watched it all happen but everyone one of us tumbled forward into a fast unfolding future.

Who imagined America was ready to tackle challenging issues like sex, death, and race? Ready or not they grabbed our attention in 2014! After a year of national discussion and a nod from our President, 35 states now recognize same sex marriage. In addition, workplace protections for LGBT (Lesbian, Gay, Bi and Transgendered) people are taking hold. Time magazine promoted more conversation by featuring the first transgendered person to ever grace their cover. Tim Cook, Apple's CEO of the year, improved understanding when he explained to Business Week why he's proud to be a gay man. Even the Pope, surprisingly, weighed in on the dialogue. On the opposite end of the spectrum America debated Death with Dignity during the very public right to die journey of young Brittany Maynard. And, in heartbreak, America faced the violent deaths of its children with some voices asking if school shootings have become the norm. In response, communities searched their civic souls and some, like Washington state, passed landmark gun legislation while 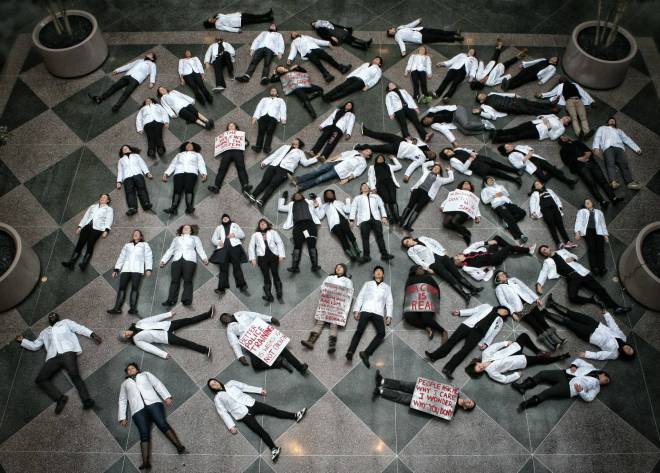 others began arming teachers. Perhaps 2014's toughest problem, with roots deep in American history, involved guns, justice, and race relations. After law enforcement and security officers were acquitted following several high profile killings of unarmed black men society reached a tipping point sparking large national protests that edged the nation closer than it's been since the Civil Rights era to open dialogue about racial divisions. Where will it all take us in 2015? Stay tuned.

If social issues didn't impact your life maybe weather got your attention as the Great Lakes froze in January, wildfires raged in the West, and drought reached historic proportions in western farmlands and throughout 7 other Southwestern states. While pundits continued to debate the cause of obvious shifts in weather America began to anticipate permanent regional impacts to transit, food supplies, and safety. In November the U.S. and China agreed to historic greenhouse gas emissions reductions in a late effort to mitigate further damage. To learn how your community may experience changing climate impacts in 2015 and beyond check the EPA's excellent new resources.

No matter what challenges lie ahead for the world, certain optimists believe that technology will save us and 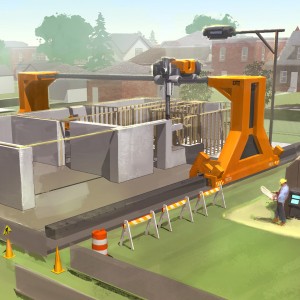 breakthroughs in 2014 substantiate their faith. 3-D printing, which I first reported in 2013's review, continues to advance and stun. This year 3-D was used to reconstruct a face, develop a full skull, and create an entire house! Are its possibilities limitless? Neuromorphic chip projects debuted in 2014 and may begin to show up commercially in drones and cell phones. Neuromorphic chips promise to propel computing and robotics to new levels with power efficiency and processing that's modeled on the human brain. Tissue engineering and regenerative medicine yielded breakthroughs and opened our eyes to unthinkable possibilities too numerous to mention. CRISPR therapeutics, a method for slicing and editing DNA, brought us closer to solving genetic diseases and fighting cancer. CRISPR's pioneers received the $3 million Breakthrough Prize for Life Sciences this year. Yet the most amazing scientific discovery of 2014 may be the expansion of genetic code in living bacteria accomplished by a synthetic biologist at Scripps Lab in California. The modified DNA strand with an added third base pair will likely enable new vaccines, customized medicines and novel materials. Prepare to be amazed in years to come.

Amazement isn't a word one uses to describe the 113th Congress who closed out a year of gridlock. Wealth may be a more apt description. Want to meet a millionaire? Visit your congressman. 1 in ten representatives in both the House and Senate posted incomes breaking the top one percent. Two of the biggest bills passed by this Congress were the Farm Bill (which was bad news for America's poor but rewarding for agricultural interests and private insurers) and the 1.1 Trillion dollar Federal spending bill at year's end. That bill could be characterized as political compromise. It funds many programs at 2014 levels and, most importantly, it avoided a Government Shutdown such as America experienced last year. Readers may be interested to know that the spending bill added 4 million dollars for the Elder Justice Act that funds states to fight against Elder Abuse. The National Center On Elder Abuse estimates that nearly half of all people living with Dementia or in nursing homes have experienced some form of abuse. The Affordable Care Act, or Obamacare as some people know it, was also funded for 2015 (at 2014 levels). 8 million people enrolled when it debuted in 2014. 24 states refused to participate with the Act leaving over 5 million people qualified to receive medical care....uninsured. Obamacare could've been a factor in voters sending near historic numbers of Republican representatives to the House and Senate in mid term elections giving the party control of both chambers. On the other hand, turnout was the lowest in 70 years. What will result? Change? Continued gridlock? Only time will tell.

2014 was a year of debate, discovery, and developments but it was also a year of mystery. One giant mystery confounded the entire international community defying state of the art technology and 21st century science. Malaysian Flight 370 vanished on March 8th with 239 souls on board. For weeks, following the disappearance, Brian Williams delivered news from NBC against a background of the vast, drifting ocean. Flight 370 was no where to be found. Its disappearance serves as a reminder that, in a century as wired and advanced as ours, our lives are lived in a very big world within a boundless universe where more will always be unknown than known.

Finally, as you toss confetti, and pop champagne this new year why not light up a cigar too? We learned in December that America is normalizing diplomatic relations with Cuba after 50 years.

Happy New Year, Dear Reader.  May next year bring you health and happiness and may our world find peace.

Update Feb 3 2015: Privacy has been threatened for years is our anonymity next? The DeepFace project at Facebook is just one a few projects quickly breaking the code of photographic facial recognition. Want to do some research on this yourself? Check out the Labeled Faces In The Wild database.

Update Feb 7 2015: Look for Terrafugia's first model of flying cars to rescue commuters out of traffic jams in your city this year.

Update Feb 21 2015: Did science find a new form of life? This discovery may change the way we search for life on other planets or here on Earth.

8 things you didn’t know about Charles Schulz and ‘Peanuts’

A Dose of Nostalgia

Lost in the Fifties- Another Time, Another Place

Lost in the Fifties